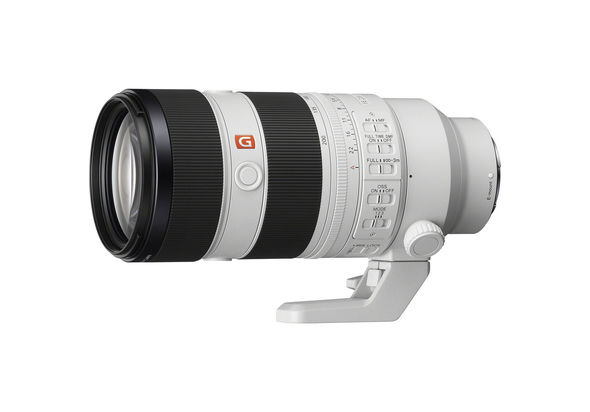 This Sony Lens quickly takes its position as the de facto telephoto zoom for pros, thanks to great optics, a comprehensive feature set, and outstanding speed in all areas.

During focusing and zooming, the lens length remains constant due to the rigid structure. Optical Steady Shot image stabilisation with high performance, dust and moisture resistance for long-term dependability

This lens, part of Sony's prestigious master, was designed to produce great resolution and high sharpness by correcting a wide range of chromatic and spherical deviations. These lenses also have durable and easy-to-use physical features that help both photography and filmmaking applications.

Building on the success of its predecessor, the FE 70-200mm f/2.8 GM OSS II Lens from Sony is an evolved and improved telephoto zoom lens for professionals. It is lighter than its predecessor but boasts performance improvements in every area of operation. This addition to the G Master series delivers increase sharpness with a minimum of aberrations with an optical design that includes an XA element, an aspherical element, two extra-low dispersion aspherical elements, two extra-low dispersion elements, and two Super ED elements. This optical design also features Sony's latest generation Nano AR II Coating that reduces reflections, flare, and ghosting for improved contrast and color.

Optimized for speed, this lens maintains a fast and constant f/2.8 aperture through the zoom range for easy use in low-light conditions, as well as for greater control over shallow depth of field. Smooth bokeh is achieved by the eleven-blade circular diaphragm for smooth out-of-focus areas. The newly developed aperture drive unit provides fast yet quiet operation and is combined with an aperture ring that has switchable on/off clicks and an iris lock, which makes it well suited for use in video applications.

For durability and working in harsh environments, the lens is dust- and moisture-resistant, and the front element features a fluorine coating to resist water and oil. The lens features a removable rotating tripod collar and a lens hood that provides access to rotate a separately available accessory polarizing filter.