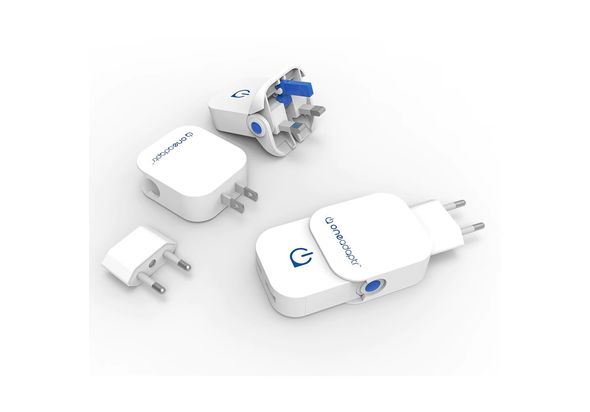 The original British plug was a brilliant design at the time of invention. However, it is too bulky and lacks some required modern features for today's ultra-thin, power-hungry mobile devices. Does this look familiar to you?

While many have tried to improve the design of British Plug, we felt none really strikes a good balance between size, ease of use and features.

Introducing Flip, a thinner modern-day update to the British plug by OneAdaptr. Not only Flip is a third of the standard British plug’s size, it has USB ports and power bank for today’s high-tech mobile devices.

The folding design made it possible to reduce the thickness while retaining the functionality. You can really see the difference by comparing below picture to the picture where the original British plug was used.

An added benefit of the flip design is that the pins are hidden away when not in use. This protects other items when stored with Flip.

Duo’s emphasis is on a compact size, while Quad and Power are for power users. Duo comes with 2 USB ports and is the smallest of the three. It is thinner and easier to carry than the original British Plug, fitting everywhere.