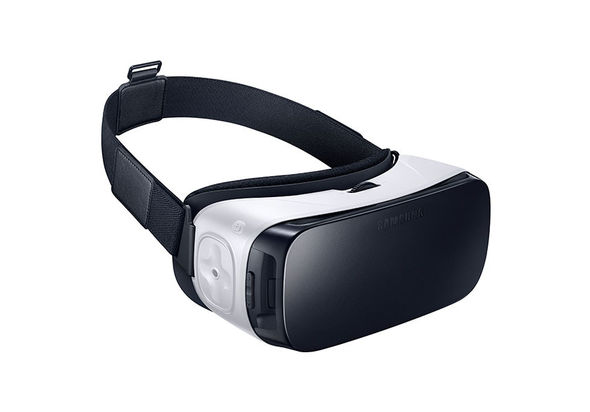 Mobile virtual reality is finally here. With the Samsung Gear VR, you can play amazing games, watch Hollywood’s best movies in your own private cinema (or even on the moon!), socialize with friends new and old, be at the center of a suspense thriller, and so much more. The Gear VR drops you right into the action—and it’s only from Samsung & Oculus.

Buy and watch hundreds of Hollywood movies & TV shows in Oculus Cinema. In Oculus Video, watch 2D videos including trailers, clips, and your own movie files in a completely new way. You can choose from multiple VR theater environments including a home theater, a huge screen theater, and even the surface of the moon!

The next generation of Samsung Gear VR, powered by Oculus, has been upgraded with new and improved features.

-Lighter weight so you can play and watch more comfortably.

-Improved fit, including room for most eyeglasses and improved padding for extra comfort and durability.

-An upgraded touch pad that’s even easier to use.

Throwing you into amazing 360° virtual adventures, Samsung Milk VR is video like you’ve never seen. We’re constantly adding a variety of content you can’t find anywhere else. Enjoy 360 videos, live performances and more of the freshest experiences that Virtual Reality has to offer. There’s always something new in Samsung Milk VR.

The Netflix app on Gear VR offers a living room experience allowing you to be on your couch watching Netflix, wherever you are. Watch TV shows and movies recommended just for you, including award-winning Netflix original series, movies and documentaries.