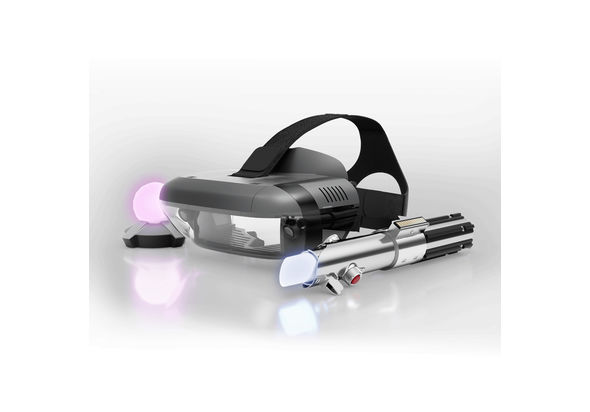 Perfect your lightsaber skills by taking on some of the most menacing villains in the galaxy, like Kylo Ren and Darth Vader.

Outwit your opponents in the ultimate game of concentration and strategy. Direct your holographic alien pieces across the board as you battle for territory on checkered game tables.

Lead Rebel forces against the Empire in large scale ground wars. Command an army as you build out your outposts to withstand the forces of the Empire.

Experience what it feels like to wield a lightsaber for the first time – to face-off against enemies right in your own living room. Feel your opponents’ attacks with force feedback.

The beacon ensures accurate tracking of your location, while expanding and filling in the environment around you with an immersive augmented reality universe.