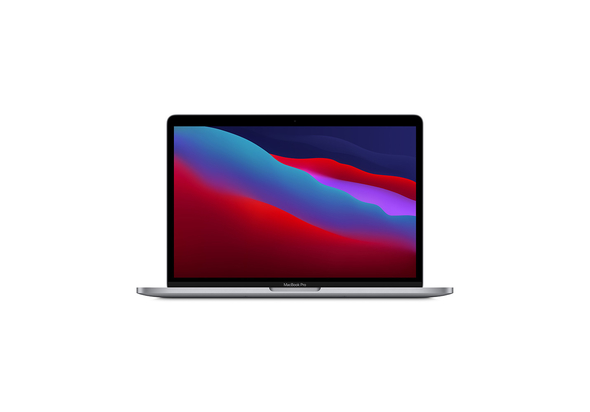 Display
13.3-inch (diagonal) LED-backlit show with IPS era; 2560-via-1600 native decision at 227 pixels per inch with support for hundreds of thousands of colors, 16:10 thing ratio. Eight- core GPU with as much as 5x faster portraits for pix-extensive apps and games. Apple-designed M1 chip for a massive leap in CPU, GPU, and gadget getting to know the overall performance

Charging
Thunderbolt / USB four ports with aid for Charging, DisplayPort, Thunderbolt three (as much as forty Gbps), USB 3.1 Gen 2 (up to 10 Gbps). Fast charging capabilities get you running back in no time.

Warranty
Apple-branded hardware products and add-ons contained in the authentic packaging (“Apple Product”) include a One-12 month's confined assurance.

Memory
8GB of unified reminiscence so the whole lot you do is rapid and fluid.

Battery Life
Get extra accomplished with up to twenty hours of battery life, the longest ever in the new MacBook pro.